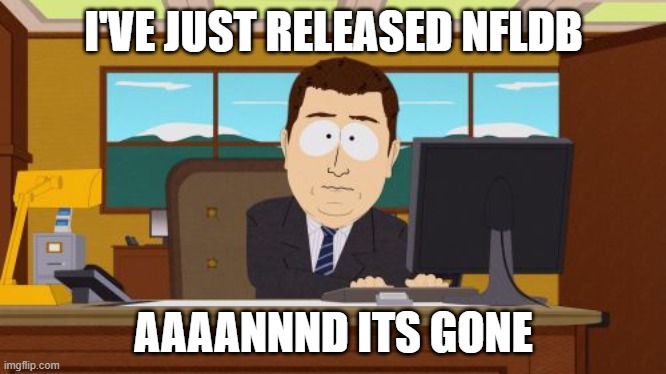 On May 14th the nfl public data feed went dark. We do not know why they went down. We do not know if they will ever be back. However, a week later it’s apparant we should count on this being gone. This has caused nflgame and many other open source projects to break. The maintainers of these projects have reached out to me and we are all assessing our options for waht to do next.

What’s to be done

Due to the legal muck I’ve decided not to invest in this project anymore. I’ve set it up to work, in python3, with all recorded data. If anyone is looking for a project to take on you’re welcome to figure out a way to get it working, but I am out.

I’ve never used it and dont know the state of the “live” stats, but it is maintained and should work with future data.